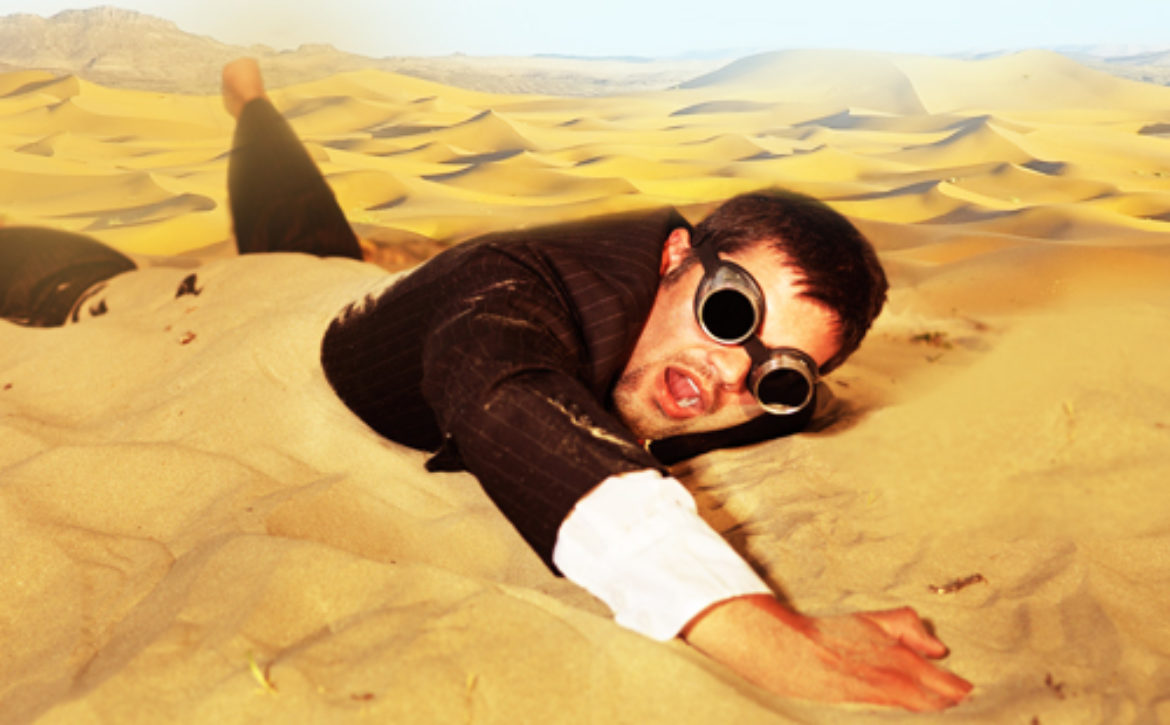 Mark Twain is commonly given credit for this saying, although there is not conclusive proof of his authorship. It does sound like something he would have said, especially if he observed contemporary management meetings.

This saying about denial is a humorous way of describing a situation in which a person or team refuses to see what is obvious to others as a means of avoiding confronting a painful truth. This behavior is seen too often in organizations where the executives live in denial about the competitive position and performance of a business. A classic example of this is the statement: “But our customers love us”, which is said in meetings to discuss declining sales and margins on sales.

Denial is perhaps the most primitive defense mechanism seen in people. If a person thinks that a circumstance will be difficult or painful, the person simply pretends that the circumstance does not exist. In some cases, the person is aware of their pretense, while many others are not. This last category is the most dangerous for an executive, as the executive managers convince themselves that the circumstance and condition simply do not exist. Denial is the polar opposite of accountability.

Too often managers live in denial rather than having action and commitment based conversations. In public there is a pretense that everything is going smooth and nothing has happened, but in private the managers will admit knowing about the issues. Denial serves to remove personal accountability and avoid the need for action. Denial is a primary means of explaining and justifying the lack of results, e.g., “you do not understand”.

Denial is a “rot that is waiting to invalidate accountability”. Given that it is a primitive mind mechanism, logic often does not work. It usually requires a more compelling and forceful approach which simply says that this level of thinking is not appropriate from an executive or manager in your organization. While that may be difficult at the time, the consequences of not dealing with it will be much worse.

Justification is an act of providing reasons for complaints and defenses. In business it is the act of trying to defend and is most commonly used to defend lower than expected performance and results.

A humorous example of justification was on a t-shirt worn near Christmas by one of my favorite baristas. The slogan on front of tee shirt was “But Santa, I can explain”. This reflects how justification is often used to explain events and performance which does not meet expectation. Justification used by executives may provide a short term “pass”, but actually works against those executives over time. Employees often can see the actual performance as well as the hollowness of the justification. Instead of justification, Kouzes and Posner (1993) say that when accountable leaders see that mistakes have occurred that it is important that the leader:

They add that covering up or denying any wrongdoing actually assures more damage to the leader’s reputation than admitting the mistake in the first place.

I consulted with a company which held monthly performance reviews in corporate headquarters. Each month the executives running the business units would go into a large conference room in which the tables were arranged in a U-shape. At the head of the table were the Chairman/CEO, COO, and CFO. Sitting on each side were a cadre of corporate staff. Each business unit would go in, present their results, and then be interrogated by the C-level executives as well as corporate staff. This practice of revising monthly performance could sound like good management, until you hear the rest of the story.

First, the business units were complex and quite large, so there could be substantial variability in reporting from month to month. This natural variability between months significantly reduced the accuracy of monthly numbers at the time of this meeting, so the attempt to assess performance on a monthly basis was of limited value. Further, the staff executives appeared to view this monthly meeting as their opportunity to appear smart and adding value in front of CEO and COO. As a consequence, when the business unit heads prepared for these meetings they spent more time preparing for “thrust and parry” from the staff groups than understanding the details of the financials. If the expected results were not achieved, the focus was on excruciating details as to why. As I observed this tradition several interesting things emerged:

If a leadership team uses denial, justification and rationalization, over time the actual business results will seem not to matter. Ironically these conversations will become overly past-based, with attention on “why didn’t you do better”. While understanding gaps in performance is useful, it matters only if this information can benefit future behavior and performance. Keeping the past separate from future and dealing with commitments for actions and results in the future will strengthen a leadership team.